It’s hard to let go of wishing and wanting, yearning and craving, by Diana St Ruth 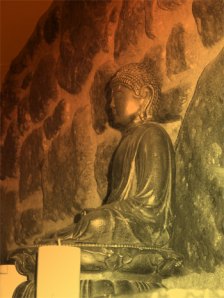 We are sometimes told in Buddhism that we should never think of ourselves as unawakened because that just creates delusion. So maybe instead of giving up on ourselves, we should really investigate this ‘ordinary mind is the way, is Buddha’ carefully and diligently. It may then begin to dawn on us that this ‘ordinary mind’ is not the usual state of mind that most of us find ourselves in.

For most of us the mind is filled with problems and worries, hopes and fears, judgements and evaluations which overshadow everything. Anything basic to that worrying mind is not recognised nor can be because the worrying itself stands in the way. Now we begin to see that worry, hope and fear, right and wrong, all the opposites, all the tussles and strifes in life are barriers to ‘ordinary mind’ which is the enlightened, liberated mind—there all the while but usually ignored.

Our lives can be in turmoil, the world can be crumbling, people are against us, the bombs are going off, but we can still recognise ordinary mind transcending it all. In fact when one’s back is pressed against the wall, that might be the moment one switches one’s perspective and sees the world as a mirror image, a mirage, a vision—true but not true.
Mumon’s poem on the twenty-third koan ‘Think Neither Good Nor Evil’ of the Mumonkan talks about how to recognise the way, the truth, the ultimate:

You may describe it, but in vain, picture it, but to no avail.

You can never praise it fully: stop all your groping and manoeuvring.

There is nowhere to hide the True Self.

When the world collapses, ‘it’ is indestructible.1

He is saying that the True Self, the way of things, the Buddha, can’t ever be hidden. It’s right where we are, here for us to wake up to. Yet for most of us that kind of ordinary mind is extraordinary. It is not the mind of one who thinks of himself or herself as a human being separate from other human beings. This ‘ordinary mind’ is life in which nothing is created, nothing destroyed. 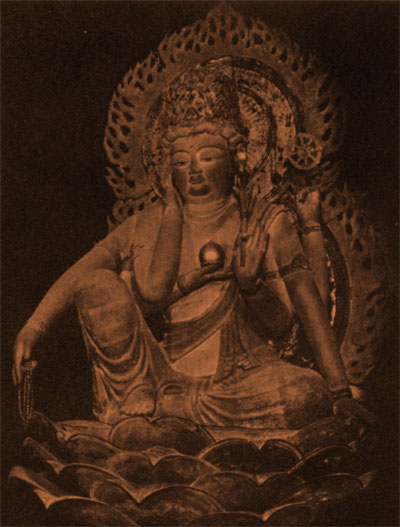 That ordinary mind of ours tends to get camouflaged with desires and fantasies. It’s hard to let go of wishing and wanting, yearning and craving, and come to a stop, here, where we are. We may even think that ‘ordinary mind’ sounds a bit bland, uninteresting, and confuse it with states of boredom or dullness. But ‘ordinary mind’ isn’t a state of mind or any thought, not even a thought about being awakened or unawakened. To see the stillness behind all thoughts, emotions and mental states is what is being pointed to; it’s always here, never contrived, cannot be brought into being or destroyed; it’s basic—ordinary. Why can’t we see it? Maybe we think too much.