Buddhism: What is So-Called Tathāgata Chan 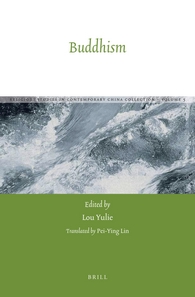 Buddhist scholars on both sides of the Pacific are paying attention to the relationship between Buddhism and Daoism, the question of indigenous scriptures, the social and ritualistic dimension of Buddhism revealed in artistic creations and the interaction and mutual influences between Chinese and the larger Buddhist world.

In the history of Chinese Chan, the process from the proposition that Tathāgata Chan is Highest Vehicle Chan (zuishangsheng chan 最上乘禪), up to the rise of Patriarchal Chan, intensely reflects a division and remodeling within Huineng’s branch of Chan, which is tremendously meaningful from a cultural viewpoint. Chinese Chan masters in the earlier periods did not possess a unified definition of Tathāgata Chan and Patriarchal Chan—instead, they wrote with rather ambiguous meanings and loose definitions.

[Extract] What is So-Called Tathāgata Chan?

Among the currently available Buddhist scriptures, the earliest one which mentions the term Tathāgata Chan is the Laṅkāvatāra Sūtra (Lengqie jing 楞伽經, or, in its full title, Lengqie abaduoluobao jing 楞伽阿跋多羅寶經) translated by Guṇabhadra (394–468), during the Liu Song dynasty. In the second fascicle of this sutra, it is written that there are four types of Chan practice, namely “Chan as practiced by foolish men” (yüfu suoxing chan 愚夫所行禪), “Chan practice for observing the characteristics [of phenomena]” (guancha yi chan 觀察義禪), “Chan practice for attaching to suchness” (panyuan ru chan攀緣如禪), and “Tathāgata Chan” (rulai chan 如來禪).1

Additionally, these four types are also collectively known as “Chan as practiced by ordinary men” ( fanfu suoxing chan凡夫所行禪), “Chan practice for observing the truth of appearances” (guancha xiangyi chan 觀察相義禪), “Chan practice for attaching to the suchness of truth” (panyuan rushi chan 攀緣實禪), and “Chan practice of tathāgata purity” (rulai qingjing chan 如來清淨禪).2 According to the Laṅkāvatāra Sūtra, the first type of Chan practice serves ṡrāvakas, pratyeka-buddhas and non-Buddhists, who realize that there is no self in the human being and perceive the phenomena of suffering, impermanence and the contamination of human beings, and thus attain the realm of “samadhi of non-contemplation” and “samadhi of non-termination.” The “Chan practice for observing the truth” refers to those who have already understood the truth of “non-self in humans” and observed that of “non-self in dharma.” However, if a person is attached to all the above mentioned Chan practices, and understands these two doctrines regarding “non-self,” these are still empty and scattered thoughts. Only when a person realizes that the two types of “nonself” are merely empty and nebulous concepts, not letting them arise, does he arrive at the “Tathāgatagarbha mind,” which corresponds to the idea of “Chan practice for being attached to suchness.” “Tathāgata Chan” means attaining the Tathāgata stage and achieving “self-awakened holy omniscience” (zijue shengzhi 自覺聖智), and three joyful abodes, things which are unimaginable to sentient beings.3 Here “holy omniscience” refers to the wisdom of the sages and of the buddhas; the “self-awakened holy omniscience” is self-enlightened Tathāgata wisdom. This means that Tathāgata Chan is for those who have achieved Buddhahood, attained the stage of Tathāgata, benefited from the joy of dharma, and demonstrated inconceivable abilities, so as to save sentient
beings from suffering…

To depart from both existence and non-existence, and to extinguish the Middle Way, such is “non-thought.” Non-thought is one-thought, which is “omniscience” (yiqie zhi 一切智). “All-inclusive omniscience” is the profound prajñāpāramitā, which is Tathāgata Chan. Hence the sacred text writes, “The Buddha says: good man, through what means do you view the Tathāgata? Vimalakīrti answers: Insofar as I view the true character of myself, as such I view the Buddha. When I observe the Tathāgata, the following moment does not come, and the previous moment does not go. The present is non-abiding (wuzhu 無住). Because of non-abiding, it is Tathāgata Chan. Tathāgata Chan is the first principle of emptiness (diyiyi kong 第一義空).”5

Shenhui regards the wisdom of prajñā as Tathāgata Chan. This is similar to the Laṅkāvatāra Sūtra, which defines Tathāgata Chan as comprising the “selfawakened holy omniscience.” However, the wisdom proposed by Shenhui refers to the prajñā of the Middle Way, which incorporates the concepts of existence and non-existence, and is not identical to the wisdom of Tathāgata based on “self-awakened holy omniscience,” unless one views the definitions of them loosely. Shenhui further mentions non-thought and non-abiding in Tathāgata Chan, in a context which is in accordance with Huineng’s doctrines of “non-thought is the principle” and “non-abiding is the core,” which affirms Huineng’s Chan approach as Tathāgata Chan.

This volume contains the English translation of fourteen articles selected from Religious Studies in Contemporary China Collection: Buddhism (Dangdai Zhongguo zongjiao yanjiu jingxuan: Fojiao juan), edited by Lou Yulie. It is one of six volumes (the others being Popular Religion and Shamanism, Daoism, Christianity, Islam, Marxism and Religious Studies) which Chinese version was published by Minzu Press.

A great read for those interested in early Chan / Zen Buddhism.