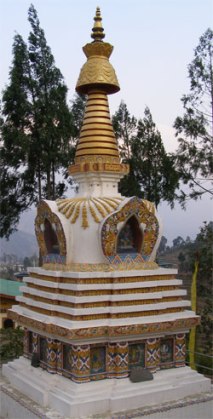 The victorious king gave a command, ‘Put the prisoners of war to death.’

‘Mahaharaj!’ exclaimed the astounded General, ‘that is against the dharma (code) of the warrior class (Kshatriya) to which I belong.’

‘I do not belong to your class,’ replied the king dismissively. ‘I am of the lowest class. My dharma does not forbid the killing of prisoners who fought against me.’

There were many kingdoms in ancient India varying in physical size and military might. More often than not, the bigger and stronger powers absorbed the smaller and weaker ones by unprovoked military actions. A king always accompanied his army and led it if he belonged to the Kshatriya class.

The General raised his voice, ‘In that case you should not have come to the battlefield!’ The General was a mercenary. He continued, ‘There are strict rules regarding warfare. A strong power must never attack a weak one. A bowman must not shoot at an infantryman fighting with staves and swords. It is mandatory to allow a fleeing enemy to escape. A dead soldier’s family has to be looked after.’

The king, however, even promised a larger than the customary share of the booty to his personal bodyguards who murdered the prisoners.

The General was mortified. He had no family or friends to turn to. He roamed the length and breadth of India for a long time and then joined the sangha. He wore saffron, shaved his head and learnt mantras and meditation from a guru. But the resentful eyes of the prisoners haunted him. Soon he left the company of the bhikkhus and lived alone in a cave.

He roamed every day, visiting villages to spread the message of ahinsa, non-violence. He returned to his cave in the afternoon, always along the narrow path made by his footsteps.

He never deviated from his routine. Once back in the cave, he would eat his meal which was given to him, and then sit outside and watch the western sky. The afternoon would lead to the sunset and then darkness. That was the moment he waited for every day. No war between kings after dark; no acrimony among people at night; only peace. Peace in the sky; peace on this earth; peace in the atmosphere: Shanta duo, shanta prithivi. Shantam idam antariksham.

But even that nightly peace was transient. The sky would be torn with occasional shooting stars. The atmosphere will be in turmoil during the rainy season. Stronger animals will hunt the weaker ones so that peace (shanti) was transient. He said so to the people he met. He also said that peace was uninterrupted at nibbana: Nibbanan Paraman Sukham. Nibbana (is the) most excellent bliss.

It so happened that the daughter-in-law of a rich merchant started giving the bhikkhu his daily meal because that was a very superior karma. As years went by, she noticed he couldn’t walk very well. The bhikkhu was getting short of breath and weak in both body and mind.

The daughter-in-law approached her father-in-law. She concluded that the man’s misfortune lay in his extreme poverty.

‘Give him a bar of gold which he can sell,’ suggested the daughter-in-law.

The father-in-law resisted. He was not averse to parting with a bar of gold, that was nothing to him, but it was bad karma to dislodge a bhikkhu from his chosen path of austerity.

‘At any rate,’ said the father-in-law, ‘he won’t accept it. A bhikkhu has little interest in material things.’

The daughter-in-law began to nag about it, so he rode the long distance towards the cave one afternoon. About a hundred yards from it, he placed a bar of gold on the narrow path. Soon after, the once powerful General walked back towards the cave. He stopped to catch his breath and sat down frequently to rest his aching limbs. He worried about his failing eyesight all that day and wondered how he would find his way when he became totally blind. Not far from his destination the bhikkhu shut his eyes to experience blindness. He walked hesitantly and stepped over the gold bar. Alarmed at the experience of blindness, he opened his eyes and proceeded towards his cave.

From the August 1999 Buddhism Now

Professor Sarkar is an Engineer who lives and works in Liverpool. He is a Hindu who recounts his personal experiences related to Buddhism.