Tea in Korea, by Sonhae Sunim 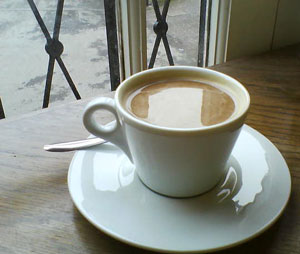 Previously in this country we had a great deal of both Chinese and indigenous literature concerning the use of tea. However, much of this was taken to Japan during the colonial era and is still lost to us. There is much more literature on tea available in Japan since the Japanese have done considerable research into this subject.

The first mention of tea in Korean texts is found in a record which speaks of a small kingdom called Garak which existed before the time of the three kingdoms of Koguryo, Paekche and Silla. It is claimed that the first king of this country married an Indian princess who brought Buddhist scriptures, images and tea with her from India. However, this account is usually discounted as legendary.

At the time of Unified Silla an envoy called Kim Taeryom was sent to T’ang China. He returned with tea seeds which he planted in the south of the country on Mount Chiri near Sanggye Sa monastery. An eighth-century Chinese record written by an ‘immortal of tea’ mentions the use of tea in Korea. The author claimed that although the best tea was found in his home province in China, the next best was grown in Silla and Paekche and the third best in Koguryo. There is a record in a Japanese temple which states that the first tea seeds were brought to Japan by a Buddhist monk from Paekche.

In Unified Silla tea was used as an offering to the Buddha as well as on social occasions. At this time there were special tea houses with the character for tea inscribed on the tiles of the roof. Inside would be an image of the Buddha around which the aristocrats would sit and drink tea.

In Koryo, tea was drunk by the common people as well as the aristocracy. Only the smaller leaves would be used to make tea, the larger ones being prepared for medicinal purposes. During this time the king would be formally offered tea every morning before receiving his audiences. At the beginning of each year the king would symbolically tend to the tea plants in the fields in order to set an example for the populace. The people would make daily tea offerings to the king, their ancestors and the Buddha. A contemporary Chinese record remarks that the Koreans were overly scrupulous in their observance of the formal aspects of the tea ceremony at this time.

In general the drinking of tea took place at times of marriage, upon the death of one’s parents, during commemorations for the ancestors, when receiving guests or foreign envoys, and at meetings between a teacher and his disciples. 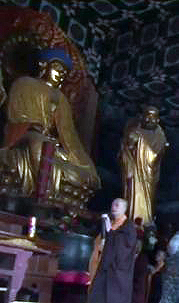 For the monks the important point was to give rise to the mind of the ‘right middle way’, an attitude of equanimity. Under all circumstances the monk should remain deeply introspective and, without making any mistake, taste the tea from the place which is both the highest and the deepest. Many great monks of Koryo discussed the drinking of tea in their writings. It was also incorporated into the teaching of Dharma—in observing how his disciples drank tea, for example, a master would determine the level of their understanding of Zen.

For the common people, tea drinking was appreciated in terms of its value to one’s ancestors.

After the death of King Sejong (the third king of the Yi dynasty) all Buddhist ceremonies were replaced with Confucian rites. Since tea was strongly associated with Buddhism it was replaced by wine as the formal drink. But since wine is forbidden for monks, the custom of drinking tea was preserved in the monasteries. In the poetry of the early Yi period, regret of the decline of tea drinking is often expressed. However, although tea was officially looked down upon, it still continued to be drunk at court and among the aristocracy. This is evident from the fact that a heavy tax in tea was levied from the Buddhist monasteries. Because of this many monasteries deliberately reduced or destroyed their crop. Only in the southern provinces of the country, where there were fewer aristocrats, were fields of tea preserved. Nevertheless, tea drinking gradually fell into decline even in the monasteries.

Green tea is chosen over other beverages because of its subtlety. In order to fully appreciate it the mind must be quiet and empty of distracting thoughts. If you talk while drinking, it is likely that you will miss the fullness of the taste. And as the ability to appreciate the subtle taste develops over the years, the person changes accordingly. For this reason tea drinking is said to be a ‘Way’. Someone who has drunk tea for twenty years or more, for example, is able to maintain the state of mind required to appreciate tea at all times. At the beginning, however, one may find the taste to be rather too bitter and unpleasant. It is therefore an acquired taste that takes many years to fully mature.

The best state of mind in which to drink tea is one of deep meditation. The second best is while looking at a beautiful landscape or listening to music. The third best is during a stimulating conversation. In all cases it is necessary to aspire towards a quiet and tranquil frame of mind.

[This article resulted from an interview with Sonhae Sunim, a Korean Buddhist monk, at Pongun Sa Monastery, Seoul, in 1982 by Stephen and Martine Batchelor.]