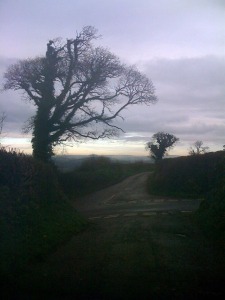 We all have to learn the comfort of being ourselves — and not someone else. It is much harder than it looks and the problem never really goes away.

I might notice in my laugh someone else’s laugh; and a turn of phrase — which whilst not appropriate — was picked up from a memorable encounter. All these little things and many more not only prevent us being ourselves, but limit our spontaneity and prevent us relating truly to the world. As a result, we fall out of harmony with it — and one another. This kind of approach is a prime cause of dissension and rows with others and with ourselves, because our various selves squabble just as well as outsiders.

We keep feeling we ought to be different, and more like someone we admire (or less like someone we dislike) because it feels uncomfortable — even painful — to start getting used to oneself and accepting oneself, warts and all. Other lives often seem so much more attractive. We often think we would be happier living those lives instead of ours, but we are only equipped to live this one, for better or for worse. Often, when we learn more about those admired lives, we discover they are a good deal more desperate and disastrous than we could ever have imagined.

My next-door neighbour in Hampstead had good minor parts in James Bond films and he lived with a beautiful and intelligent girlfriend. He seemed to have everything, I thought, a man could desire, and he was a likeable individual as well. Then one day he committed suicide.

Too often despair comes not from our situation but from our unhappiness with ourselves and how we perceive ourselves to be. Rather than looking at (and being) what we are, we look negatively at what we are not, and see only lack and deficiency. If we look at what we are and what we can do, we begin to see what surprising advantages we have. We might also see how stressful and precarious the situation of those we often admire. They have evolved their lives and ways to cope with them, and we have evolved our lives and ways to cope with what we have.

The great and unconquerable dinosaurs died out. Only tiny, frail mammals survived to become our ancestors. Natural selection does not favour the strongest and biggest, but the most adaptable, and some of those adaptations are a matter of luck.

In the most ancient times there was the tribe, and then came the tribal chiefs. After them came the gods (sometimes the same people!). But there came a time when even the gods failed, and the gods became men and women. Shamash the sun god become Samson, and Leilun, the goddess of night, became Delilah. So it is that we change and change about with circumstances. Only the awareness stays; the awareness that is our true home and what we really are.

Becoming ourselves is finally opening ourselves to that awareness of the unborn, unconditioned realm we never truly left.