Home › Ajahn Chah › Both Happiness and Unhappiness are Unsatisfactory, by Ajahn Chah

Both Happiness and Unhappiness are Unsatisfactory, by Ajahn Chah 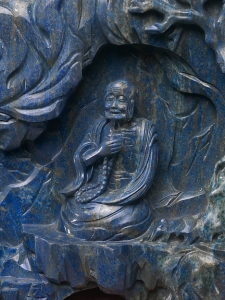 When we say that the Buddha and the Enlightened Ones killed defilements, it’s not that they really killed them. If they had killed all defilements then we probably wouldn’t have any! They didn’t kill defilements; when they knew them for what they are, they let them go. Someone who’s stupid will grab them, but the Enlightened Ones knew the defilements in their own minds as a poison, so they swept them out. They swept out the things which caused them to suffer, they didn’t kill them. One who doesn’t know this will see some things, such as happiness, as good, and then grab them, but the Buddha just knew them and simply brushed them away.

But when feeling arises for us we indulge in it; that is, the mind carries that happiness and unhappiness around. In fact they are two different things. The activities of mind, pleasant feeling, unpleasant feeling and so on, are mental impressions, they are the world. If the mind knows this it can equally do work involving happiness or unhappiness. Why? Because it knows the truth of these things. Someone who doesn’t know them sees them as having different value, but one who knows sees them as equal. If you cling to happiness it will be the birthplace of unhappiness later on, because happiness is unstable, it changes all the time. When happiness disappears, unhappiness arises.

The Buddha knew that because both happiness and unhappiness are unsatisfactory, they have the same value. When happiness arose he let it go. He had right practice, seeing that both these things have equal values and drawbacks. They come under the Law of Dhamma, that is, they are unstable and unsatisfactory. Once born, they die. When he saw this, right view* arose, the right way of practice became clear. No matter what sort of feeling or thinking arose in his mind, he knew it as simply the continuous play of happiness and unhappiness. He didn’t cling to them.

*Right View: The first of the eight factors of the Noble Eightfold Path.

[From The Collected Teachings of Ajahn Chah]