Vipallasa Sutta: Distortions of the Mind 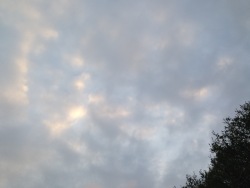 Sensing no change in the changing,
Sensing pleasure in suffering,
Assuming “self” where there’s no self,
Sensing the un-lovely as lovely —

Bound in the bondage of Mara,
Those people are far from safety.

They’re beings that go on flowing:
Going again from death to birth.

But when in the world of darkness
Buddhas arise to make things bright,
They present this profound teaching
Which brings suffering to an end.

When those with wisdom have heard this,
They recuperate their right mind: 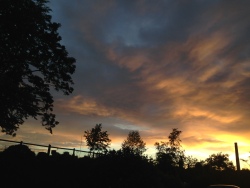 They see change in what is changing,
Suffering where there’s suffering,
“Non-self” in what is without self,
They see the un-lovely as such.

By this acceptance of right view,
They overcome all suffering.

‘Vipallasa Sutta: Distortions of the Mind’ (AN 4.49),
translated from the Pali by Andrew Olendzki.
Access to Insight (BCBS Edition), 2 November 2013.

Translator’s note
These verses from the Numerical Discourses give the traditional list of the vipallasas. This Pali word is sometimes translated as “perversions” of the mind; but I find this language too strong and prefer the expression “distortions” of the mind.

The term is composed of a prefix (vi-) which carries the sense of division, separation or removal; another prefix (pari-) meaning around, or complete (as in our related word peri-meter); and a verb (-as) which can be taken as meaning “to throw.” Putting all this together, we have the image of the mind taking something up, turning it around, and throwing it back down — a perversion or distortion of reality by the perceptual and cognitive apparatus of the brain.

The distortions are fundamental to the Buddhist notion of ignorance or delusion. It is not that we are inherently flawed in our nature, it is just that we make some serious errors on many levels as we attempt to make sense of the world around us. As we come to recognize — through meditation practice — some of the ways we misconstrue things about our experience, we become more able to correct for these errors and gain greater clarity.

The distortions of the mind work on three levels of scale. First, distortions of perception (sañña-vipallasa) cause us to misperceive the information coming to us through the sense doors. We might mistake a rope by the path as a snake, for example. Normally such errors of vision are corrected by a more careful scrutiny, but sometimes these sensory mistakes are overlooked and remain.

Distortions of thought (citta-vipallasa) have to do with the next higher level of mental processing, when we find ourselves thinking about or pondering over things in our minds. The mind tends to elaborate upon perception with these thought patterns, and if our thoughts are based upon distortions of perception, then they too will be distorted.

Eventually such thought patterns can become habitual, and evolve into distortions of view (ditthi-vipallasa). We might become so convinced that there is a snake by the path that no amount of evidence to the contrary from our own eyes or reason, nor the advice of others, will shake our beliefs and assumptions. We are stuck in a mistaken view.

Furthermore, these three levels of distortion are cyclical — our perceptions are formed in the context of our views, which are strengthened by our thoughts, and all three work together to build the cognitive systems which make up our unique personality.

You will no doubt recognize that the particular distortions mentioned in this text correspond to the three characteristics. Taking what is impermanent (anicca) as permanent, what is inherently unsatisfactory (dukkha) as a source of satisfaction, and what is without a self (anatta) to constitute a self — these are the primary ways we distort reality to the profound disadvantage of ourselves and others. Seeing the un-lovely (asubha) as lovely rounds out the traditional list of four vipallasas.

I like the way these verses say that when under the influence of these distortions we have “lost our senses” (vi-saññino) and our mind is “broken” or “thrown” (khitta-citta). When the distortions are corrected by right view, clear thinking and careful perception, then the text says that we have “gotten back” (pacca-latthu) our “true mind” (sa-citta).

Like Loading...
‹ Accepting the Moment ‘Now’, by Harada Sekkei Roshi
Emotion and Compassion (Part I) by Geshe Tashi Tsering ›