We Buddhists by Stephen Batchelor 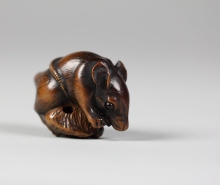 It’s remarkable how many worthy causes are being espoused by Buddhist groups these days. A few weeks ago I attended a day-long meeting of my chosen organisation: Buddhists for Pet Rats (BPR for short). Although the talks and discussions were of the high quality I have come to expect at BPR meetings, I must confess that I left the gathering feeling somewhat uneasy.

The day started with a lecture by a Tibetan Buddhist scholar entitled: ‘What is it like to be a rat?’ This stimulating fusion of cognitive psychology and Madhyamika dialectic prompted one of our members to ask, ‘Er, forgive me if I misunderstood you, Dave, but what do you mean by the rat’s “self-consciousness”? We Buddhists don’t believe in a self…’ And here the questioner paused for a fraction of a second before continuing. I don’t recall what else he said; I was puzzled by the implications of the pause.

For that pause contained so much that we never speak about, either at BPR meetings or elsewhere. The pause was a silent rallying call for Buddhist self-approval. I could hear a soundless roar of ‘YES!’ fill the room. No one (myself included) dared raise a murmur of qualification. From that moment on, poor Dave didn’t stand a chance.

I suppose my problem was one of uncertainty. I find it uncomfortable to declare categorically that I don’t believe in a self. For whatever I am, it’s far too weird to be resolved just by slapping a dogmatic belief onto it. Whether I believe in ‘’self’ or ‘’non-self’, ‘God’ or ‘not-God’, I am somehow left floundering in the same trap. Strangely, during that pause I felt my Buddhist faith being crushed by the resounding clamour of belief. Most alarming of all, my tacit agreement put me in collusion with everyone else.

The discussion ended with a slightly uncomfortable compromise, which we all pretended to ignore. Luckily, one of the Zen nuns proposed a period of meditation. So we propped ourselves up on zafus and had yet another go at sitting quietly doing nothing.

A rat leaps in.

Far more to the point, I thought, as I settled down to a relatively undistracted half hour.

After lunch I took my plastic cup of tea into the shrine-room and found myself standing among a small group of BPR members who were politely ridiculing the BJA (Buddhist Jerbil Alliance – Ed.).

Then one of them said, ‘I can’t relate to those haikus, you know. As Buddhists we’re against concepts… ‘

And then that imperceptible pause again. ‘Are we?’ I thought. But I kept my mouth shut. 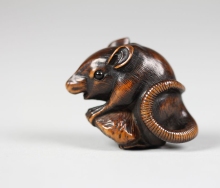 The meeting ended amicably enough. Bhante brought Shariputra in and folks huddled around, ah-ing and ooh-ing as the overfed little creature wondered why it wasn’t getting anywhere as it peddled like mad inside its treadmill.

On my way home I pulled into a lay-by on the A38. I lowered the seat-back and contemplated the OM MANI PADME HUM on the dashboard as it was lit up by the headlights of passing cars. I curled up on the seat and nibbled a cheese sandwich. I felt like resigning. Not only from BPR, but from the whole business. Then it dawned on me that there was no person, no authority, no institution to whom I could hand in my resignation. In a flash of Sartrean insight I realised that I was condemned to the Dharma, no matter. what I chose to do. This was strangely reassuring.

Published in the October 1989 edition of Buddhism Now.

Like Loading...
‹ Buddhist Film: A talk by Ajahn Sumedho
The Nature of Mind by The Dalai Lama ›