Views and Opinions by John Aske 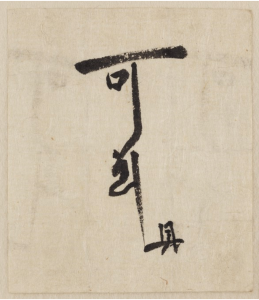 We love to have things in black and white; it makes the world seem so much simpler. It’s either right or it’s wrong. There’s no uncertainty any more, just decisiveness, and we feel we are in charge – and more importantly, we are right.

I enjoy discussing ideas with friends, and I am lucky enough to have friends who enjoy discussing things too, without any thought of being right or wrong. I recently mentioned to two friends that I was wondering if glass production had ceased when the Romans left. They both came up with additional observations. One said, ‘Probably, and perhaps pottery as well,’ and the other said ‘Well, it was a Roman imperial product, so it would probably stop.’ They were both correct as it turned out. But another friend rang two days later and simply said, ‘You’re wrong!’ Unlike the others, he hadn’t really considered the problem and simply wanted to be right.

Buddhists are warned to be aware of views and opinions and the problems they cause. They are a way of shutting down conversations and making the shutter feel he (and it is usually a he) is in charge of acceptable information and the decision maker. And we all from time to time live, as the abbot of Hartridge Monastery said, ‘in this little bubble.’

But life does not always favour the decision makers. I worked for some time in a microbiology lab, and was aware that the general public thought that clobbering bugs with antibiotics was a public duty, as was ‘killing viruses’. Trying to explain that viruses were not alive so were unaffected by antibiotics, and that killing off all the available bacteria simply prepared the ground for a whole stack of new nasties, against which we were helpless, fell on deaf ears. Fleming was aware this would happen, but powerless to stop it. ‘If it kills bugs, it’s good,’ the public decided, ‘I want some.’

Jon Ronson said, ‘I think that if you take judgements out of the equation … there’s a space in your brain for other things. If you’re judgemental, you’re not going to be curious. And if you’re not curious, you won’t find yourself in interesting places … Also, I feel that the curiosity, the openness, is just a better way of regarding our fellow humans … because that just automatically makes you more empathetic.’

I long ago noticed I often had several different thoughts and attitudes to the same problem – thoughts seemingly in conflict with one another – so I had to suspend my views and opinions and listen to what people really thought and felt. I had to understand what was really happening, and in the process, often realised the superficial nature of my previous views and opinions.

The ego does not like uncertainty; it wants to be sure, to be right. We are rather frail creatures, and uncertainty is one of the things we dread, so there must be a correct decision – even if it’s wrong. As Groucho Marx said so delightfully: ‘These are my opinions … and if you don’t like them … I have some others.’

We like to make choices. They fill the gaps in our thinking and make us feel full, as if nothing is lacking; and we do not have to wonder about things, because we have decided, and we know how it should be.

Raymond Tallis in his view of Kathryn Schultz’s ‘Being wrong’, says ‘From 1987 to 2006, when I retired, I was Professor of Geriatric medicine at the University of Manchester. But since about 1948 or thereabouts (when I was a tot in a cot) I have occupied another post. I have been Professor Data-lean Generalisations at the University of Me, making assumptions that are either ill-founded or entirely unfounded, usually in the belief that they are true – or probably true – ‘Just because I think so.’

One of the joys of life is being able to wonder about things, and that means not-knowing. Ajahn Sumedho always told us how important not-knowing was, because in not-knowing, there is room for everything – the born and the unborn. 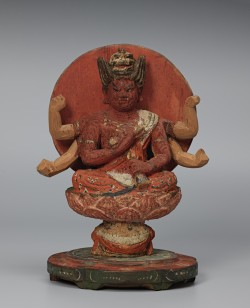 Over the years we accrue a rich selection of views and opinions, with which we deal with the situations and happenings in the world, and using them to repel those ideas we do not like or which threaten us in some way. As Clausewitz said, ‘Diplomacy is another form of war,’ and views and opinions are the trenches and battlements over which wars are fought.

Our precious ability to make assumptions (vital to our survival, as Kathryn Schultz says) has a double edge. On the one hand it enables us to recognise possibilities and dangers, but on the other it encourages us to make hasty and ill-conceived judgements on very little evidence, or as Professor Tallis says, ‘Just because I think so.’ Our species has thrived on our ability to make speedy judgements, but in other areas of life, this can be a hazard, preventing a more careful look at the matter in hand, and such decisions can be a cover for insecurity and badly formed decisions, and these enquiring minds can make us secure and insecure at the same time, and emphasise our need for reassurance, because we are aware at some level that our assumptions are frail and require corroboration. Hence the destruction of the great libraries of Nalanda and Alexandria. The destroyers made sure that no other viewpoint could exist but theirs. No wonder they feared Hypatia, the librarian of Alexandria, because she taught that you must begin by not-knowing, and then begin to learn how to learn. The destroyers would prefer – unlike the Greeks and the followers of the Buddha – that their lives were unexamined, and no one knew anything except what they told them.

On closer examination, we see that there is the world as it is, as the Roshis love to say, and there is the world as we see it. And although it is the same world, we do not see it so. We normally see it in little bits and pieces interspersed with big scenes like a Hollywood movie. But we do not normally live like characters in a Hollywood movie, but moment after moment, most of them forgotten – and some of them wildly misremembered, and with remembering varying according to the views and opinions of the observer. It is fascinating to watch people on a meditation retreat discovering for the first time what is actually going on around (and inside) them. As Seng T’san says in the Hsin Hsin Ming, ‘All pairs of opposites are the product of your own imagining, like dreams and flowers in the air. The Great Way is serene and all-embracing.’ We conjure all these distinctions out of the air, like sorcerers, but when we begin to understand, like Prospero, we put aside this rough magic. Because ‘Without the universal, we cannot form any connection with the particular’ (Chime).

Views and opinions are also how we make the world conform to our needs and requirements. They may have their roots in a childhood belief that our parents are part of us and that they are there to serve all our needs and help construe the reality we demand for our security. We also like them to tell us our favourite stories the way we want to hear them!

Our minds project all kinds of things onto the outside world – our worries and uncertainties – and we fill in the spaces on the map with invented islands. We don’t allow things to be as they are, innately mysterious. They must be explicable and recognisably like something else we know. Sadly, we deny things their absolute uniqueness and too often impose a dull conformity on them, exchanging the Silk Road for the shopping mall.

But still, ‘Things are produced around us, but no one knows from whence. They issue forth, but no one sees the portal. Men all value that part of knowledge that is known. They do not know how to avail themselves of the Unknown. Is this not misguided?’ (Chuang Tzu)

However much we deny it, the sense of wonder, the mystery, never goes away.

You can read more posts by John by clicking here.

Community © President and Fellows of Harvard College. From Prince Shōtoku: The Secrets Within.

Both Community and Aizen Myōō are from a range of small, personal Buddhist icons which were placed within the sculpture of Prince Shōtoku.