Two ways not to go, by Diana St Ruth

We may embark upon the Buddhist path with all sincerity in terms of wanting to answer those inner, sometimes unformed questions. We may really want to know for ourselves what life is all about—why were we born? What is the purpose of it all? What will happen to us when we die?

The Buddha asked himself similar questions, and after some years of searching came to extremely ­subtle, profound, and liberating truths—and these were truths, not beliefs; they were self-evident, obvious actualities. The view of himself as an individual, as ‘this person ­Siddhartha Gautama’, dissolved when he saw beyond thoughts, and he woke up as if from a dream. In consequence, he knew freedom from the horrors of the dreamlike existence that many, perhaps most, of us are engaged in right now. His life then opened out into the immediate, the spontaneous, that which is beyond thoughts, beyond views and opinions, and beyond habits and shadows of the mind.

This was an awakening which, as he makes clear in his teachings, can be experienced but never satisfactorily described. He couldn’t pass it on by merely talking about it. In order to realise truth, as he said, we must cross that bridge ourselves; we must get to the farther shore, as he put it; truth cannot simply be told through words, through mere symbols. It must be directly experienced to be known.

Obviously, the Buddha’s motivation in wanting to find ultimate truth was totally devoid of any self-serving designs. He was determined to discover the nature of existence for its own sake. He didn’t go about it in order to become something—a great teacher, or in order to acquire anything—fame and fortune. Truth is what he was after in whatever form it took. And the liberation and freedom of mind he found was a greater prize than anything that could be found in the turmoil of samsaric (worldly) existence.

Can we have that kind of determination and motivation? When we see the material world as ephemeral and empty, when life begins to lose its sparkle, when friends and family die, when we face up to the fact that this body too will die, then maybe we can have that same kind of motivation and determination. Why not? We may be afraid sometimes, but still we want to know, we want to know what we really are, what life really is. With strong motivation we can tread the same road as the Buddha, and find freedom from suffering (dukkha), as did the Buddha, freedom from streams of desires for things we don’t have. I am convinced he would not have said we could tread this path if there was no hope of it for us. Indeed, he worked very hard for forty-five years inspiring people to come to the here-now, to discover what he discovered.

The path, the way, reality, is open for us all to see and know for ourselves. It can be done and we can do it if we wish. That, to me, is what the message is, at least in most forms of Buddhism.

We can, of course, go wrong. When we first enter the dharma world of groups and retreats and organisations, we can forget our original wish for awakening and become more interested in the groups themselves. We may start wanting to become ‘somebody’ in the group or in the Buddhist world, inflate our own understanding, and aim to become a ‘dharma teacher’. But if that is what we want to be, then it will merely be a worldly desire. If we have not seen into the nature of ‘self’ but think or pretend we have, we can have the words but not the understanding. Worldly ambitions can take us over in what started out as a quest for truth. To want to talk about Buddhism with others who want to talk about Buddhism may be very stimulating and inspiring, but we should know the difference between genuine interest in the dharma and merely wishing to show off our own knowledge, win arguments, or fulfil worldly ambitions. 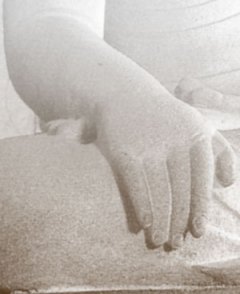 Probably most of us don’t get caught up in that, however, instead we may fall into the trap of believing we aren’t good enough to get anywhere in the practice. There are some Buddhists, in fact, who more or less teach that; they imply that we cannot hope to find liberation in this life. First, we have to be born male, then we have to be monks, and, finally, we have to strive for lifetime after lifetime—one little life isn’t good enough—and even then it all looks a bit doubtful. The Buddha, they say, was a one-off. We cannot do what he did; we cannot become awakened; we cannot even get a flash of it. This kind of teaching, to me, is a denigration of what the Buddha taught.

There may be many stumbling blocks along the path, but these are two of them:

(i) The desire to become a Buddhist authority or ‘personality’ and believe oneself to be on the brink of full enlightenment or;

(ii) the feeling that we don’t stand a chance, that the best we can do is keep the precepts and be mindful.

These are like two sides of the same coin. Our interest and effort in looking into the true nature of existence somehow gets lost. We forget our original inspiration.

Probably most westerners came to Buddhism because they believed it offered a way to find truth for themselves, a way which was independent of any intercession or the will of others. I think that is exactly what the Buddha taught. I think that is what makes Buddhism unique and is the correct attitude towards one’s study and practice.

Buddhism Now is an online Buddhist magazine, giving advice on how to practise Buddhism.
Join 242,665 other subscribers