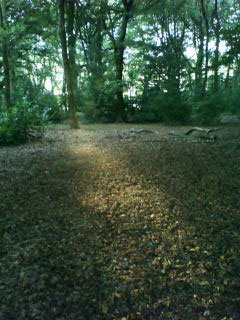 When I was eighteen years old and at University, I fell in love. I had this powerful experience. For the first time in my life I would do anything for another person. That part was very pure. But, then, being eighteen I didn’t know how to handle the experience; my emotions were still very immature and I ended up being possessive, demanding and jealous. There was no wisdom involved. I thought, ‘If I have this girl, if I possess her, then I’ll get this feeling all the time.’ There was a kind of mystical moment of selflessness, but the emotions were unprepared. I simply reverted to the old habits of grasping, possessing, feeling jealous, making a general nuisance of myself and making myself totally unlovable. This was in about 1952.

It is easy to interpret this event at its lowest possible level, as just sexual desire, basic greed, instinctual, and so forth, dismissing it in a way that might be thought of as being honest. But when I reflect on such experiences now, I can’t say it was all just sexual desire, even though that certainly did follow. I realize why romantic love, which is symbolized as being between one man and one woman, can be regarded as a religious symbol, or a union, a unity, or a fulfilment. And I can see that the moment of that is where there is no sense of selfish interest any more. That is probably the most beautiful, whole and complete experience that humans can have. And it is a mystical one. But then we have to deal with our emotional natures which are usually not developed or evolved.

Gotama the Buddha, the sage, was a human being. There was never any pretence that he was some kind of deity. He had perfected his humanity. He didn’t become superman, even though the legends and stories tend to make him look like one. I prefer to think of him as the example of a human being who had realized ultimate truth, who had unconditioned love for all beings. Knowing the difficulties of our human state, knowing how stubborn and foolish we can be, the Buddha managed to establish something that has survived 2,500 years.

Our teacher in Thailand, Ajahn Chah, was another inspiration for me. The Buddha is like a legend, but Luang Por Chah was a living, breathing, human being, like myself. He has passed away now, but I lived in a monastery with him for ten years. I observed and contemplated my life and the way I reacted to this other human being, Luang Por Chah. And I am very grateful for that. There is gratitude to the Lord Buddha, the legendary Buddha, to the disciples who followed, and especially to the teacher whom I found to be most helpful and useful to me in my life.

If you really love your children, your husband, your wife, or whoever, if it is unconditioned love, then there is no attachment. Or if there is, you are willing to let go of it once you see it. Once you observe attachment and have that intention to let it go — which doesn’t mean you get rid of your kids — you let go of demanding and blackmailing them and so forth. The letting go is something inside; it is a relinquishment of that horrible thing, that emotional demanding. 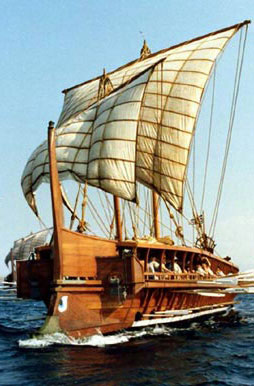 When I was eighteen, that moment of love was a very pure experience, but the emotions were very grasping, clinging, demanding. I was so identified with the emotions and so caught up in them that, of course, I didn’t have a clue as to how to deal with them. You try to stop it, try to suppress it, feel embarrassed by it, indulge in it, throw tantrums, get emotional, just try to hold it all back, or run away from it. In fact, that was the best I could do, just try to hold it back, avoid, run away. Eventually I enlisted in the Navy to get away from it. Four years I had to pay for that! That was a big mistake!

In Buddhist meditation, then, through looking deeply and reflecting upon the way things are, we begin to understand much that has happened to us in our lives — when we were young, say, or when we had experiences that baffled or confused us. It is confusing, isn’t it, to love somebody and then to act in a way that just alienates that person from us, and gives them the wrong messages?

We have to learn through contemplation and from the results of what we do, not as critics in the sense of blaming, or dwelling on the mistakes of our lives, but through a willingness to learn by trial and error. That is how we learn.

Other posts by Ajahn Sumedho