Home › Buddhism › The Saving Lie, No Lie, by Trevor Leggett

The Saving Lie, No Lie, by Trevor Leggett 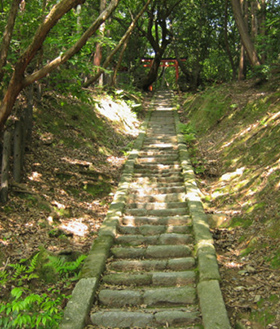 Lying is forbidden in the classical ethics of Buddhism, and in the Indian spiritual traditions generally. There are subtle discussions on whether mere silence can be a lie, and also whether a formally correct statement is a lie when it is known that it will be misunderstood. There is an historical incident from the period of the wars in Japan, which highlights some of these points.

After a battle a fugitive fled into a Zen temple and the priest hid him under the floor boards of one of the buildings.

A little later, three pursuers arrived and demanded of the priest: “Has anyone taken refuge in this temple?”

“Are you lying to us? We think you are. We’ll cut off your head if you don’t tell us where he is.”

“Well,” said the priest, “if I am to go, I think I’ll go with a little sake wine,” and he took out a tiny bottle from the cupboard behind him, poured it into the cup and sipped it with evident relish.

The three Samurai pursuers looked at each other. “He’s not lying” and they left.

It has been said that though the priest was obviously fulfilling his duty of compassion, he was transgressing his duty to tell the truth. Though there was someone there under the floorboards, he said “No-one here”.

Against this it is contended that the three ordinary Samurai would not understand this highest point of view. They would take it literally and he must have known that. He gave them no indication that he was speaking to them from a higher level, so that he was constructively lying.

But if we look at his actual words we see that he was telling them very openly that there were no true individual existences at all. He said “No-one here” but each of them could see with his own eyes three other people so the priest was openly declaring: “We, whom you take to be individual people are not really so. There is no-one here.”

In his inspiration the priest fulfilled his duties both of compassion and truth.

Buddhism Now is an online Buddhist magazine, giving advice on how to practise Buddhism.
Join 239,508 other followers