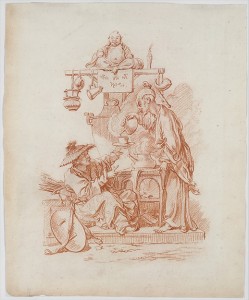 In one of Barrie’s plays, there is a shipwreck. The survivors reach a deserted tropical island. The old Earl is separated from the others on the first night. When they all meet up the next day, he complains how cold he has been. His daughter says, ‘But Daddy, why didn’t you make a fire by rubbing two sticks together?’ He replied irritably, ‘Have you ever tried to make a fire by rubbing two sticks together?’ She says no more. She had read and believed, like so many others, that Indians and Polynesians, and perhaps Boy Scouts, could make a fire by friction, but this belief would hold only so long as no weight was put on it.

In the same way, exalted texts can be read and believed, but only so long as there is no risk of having to depend on them. Teachers have called this ‘paper belief’. Some rate it even thinner than paper because not all paper texts are believed in.

Still, speakers, readers and thinkers can get drunk on words. Phrases like ‘It’s unthinkable,’ and then, ‘unimaginable’, ‘indescribable’, ‘immortal’, ‘infinite’, or ‘the peace that passeth understanding’ of the New Testament, might equally awaken some undefined response of awe and wonder. There is a feeling of exaltation…! But it changes like other feelings, and is soon undermined by Mephistopheles-in-the-mind who argues reasonably enough: ‘If it is unthinkable, if it passes understanding, how can you possibly know that it exists at all? And how can something indescribable be a goal for human endeavour? The words might as well be in a foreign language, or nonsense syllables.’ At the time of uttering them, the speaker seemed assured, but that was like the over-confident assertions of drunkenness. As soon as sobriety returns, these profound assertions get thinner and thinner. To prevent that effect, or at least lessen it, a tacit understanding arises not to inquire into it or even speak about it. It is known that there is something wrong, but it is thought best that the fact be ignored.

In the same way, Western painting from the 15th century to the end of the 19th century was supposed to be based on laws of perspective which, in fact, apply only to a one-eyed observer, such as the later camera. Practising artists knew there was something wrong. They had to alter the strict foreshortenings which the principles require, and which look so ridiculous when we see them in photographs taken by a novice. Again, when a finger is held up in the foreground, it is painted as shutting out part of the background. What actually happens is that a two-eyed viewer sees two transparent fingers, and has a complete view of the background. These shortcomings were concealed by using bluff phrases like ‘the eye of the artist’. The abstraction hides the fact that the artist and the viewer normally have two eyes. (A photograph of a scene often gives a misleading impression of the space; a fact well known to makers of advertising brochures.) The Chinese artists, in general, accepted the limitations. They did not try for a ‘realistic’ representation, though they thought a painted scene should be recognisable. 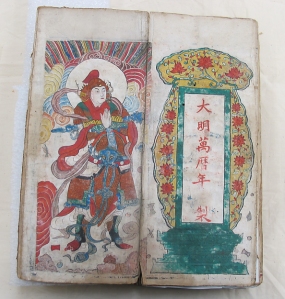 The holy texts cannot give accurate descriptions of Absolute Transcendence, the Unthinkable, the Indescribable. But that is not their function. Their purpose is to concentrate attention, and then direct it past shallow levels of illusion, deeper and deeper, towards its own essence. Finally, it transcends itself and becomes what is provisionally called ‘light’, which is really the Indescribable Transcendence. The surviving body-mind can give no better words than those of the holy texts, mere hints. The holy texts have a motivating power because they arouse a fragmentary echo in the ‘light’ already obscurely felt in the seeker who hears them. The echoes, repeated again and again in various ways, become a stirring, and the yogic process begins.

One may be satisfied with echoes for a time, or even think they are what is sought. Experts in the holy texts might themselves be satisfied, and satisfy others, with quotations. They are like a helpful foreigner in a city who, when asked the way, pulls out a map and consults it before giving directions. The fact that he needs to read from a map, shows that he does not know the route about which he is being asked. It also means that, within the limitations of a map, the information will probably be accurate. Someone who really knows the route may give similar directions, but also important things which a map cannot show. For instance, he might say, ‘You will know you are going the right way when there is a big splash of mimosa across the left-hand wall.’ One who does not know the city, but is totally dependent on a map, might not understand this at all. He could suppose that Mimosa is some wealthy foreigner who has a swimming pool beyond the wall and in which he splashes about!

Like Loading...
‹ Three Dharma Gates to Buddhism by Bhante Bodhidhamma
Photographs Taken During a Journey Around Tibet in 1997 by Linda Griffiths ›