How do you know when to change things? By Ajahn Sumedho

A: Well, as you begin to trust in that way of accepting things as they are, then your own intuitive sense will guide you. It doesn’t mean to just put up with unpleasant things as a practice, but at this moment now, whatever way it is, it can only be this way. This is just a fact. Right now whatever we are feeling or whatever is around us is the only way it can be at this moment; it’s like this; this is the way it is. In that accepting and allowing, you will have a much clearer sense of what to do—whether you can change it or not, whether it needs to be changed. This is a way of working intuitively rather than from ideas about what you think should be.

I find this is something I can trust in. Many of the mistakes in my life have been from having a fixed idea of how things should be and then trying to make it into that, and in the process destroying the very thing I’m trying to protect. But this other way is recognising a wisdom that you naturally have, that you don’t know from your rational mind. When you think of yourself through your personality, you might have a view that maybe I don’t have any wisdom or wisdom is something that people studying philosophy have. But wisdom is our true nature, really, that we recognise when we begin to let go of the things that blind us to it. And then you learn to trust yourself more in that kind of intuition. Your emotional mind might think, ‘Oh, I can’t trust it,’ because we are not conditioned emotionally for wisdom; we’re emotionally conditioned for ignorance. That is why you can feel very threatened sometimes by this sense of, ‘I don’t know what’s going to happen.’ Emotionally you are primed for something else. This is why I encourage you to trust more your inner sense, your intuition, and not be intimidated by your emotional reactions.

My experience here in the UK for twenty-four years after coming from a precedent in Thailand and implanting it in a European country is that we have these endless ideas of, ‘If it’s not working we’ve got to change it.’ We’ve been caught up in these endless habits of trying to make it better, ‘Got to make it better,’ until we became aware of this as an habitual tendency of the mind and not getting so easily taken in by what it seems like at the time.

Q: There are situations sometimes where holding back and looking at things may interfere with something that comes naturally from deep down. Do you find sometimes that you just act and that it’s the right thing in the right circumstances?

A: What you do can come from a spontaneity rather than from a plan. But holding back is not necessarily trying to just be an indifferent observer of phenomena, it can be a way of learning to appreciate a spaciousness that we don’t tend to notice when we’re just caught in habitual reactions. That is when you can trust in spontaneity rather than being reactive or impulsive. What is the difference between spontaneity and impulsivity? You can feel an impulse because it’s a habit-reaction. Spontaneous action, on the other hand, is coming from a deeper level than just reactivity and you can trust that. The Theravada scriptures refer to ten fetters. The first three prevent you from seeing the path or what they call stream-entry or sotapanna, and one of these is sakkaya-ditti, the personality-belief or sense of yourself as a separate person. Just notice how one’s personality is a very conditioned thing that changes according to situations. Who I’m with, people I know, people I don’t know or whatever, the personality adapts itself, it arises and ceases. Before I meditated I assumed that I am this personality because I didn’t know the difference between awareness, pure subjectivity, and personality, they were so bound up together. In awareness, however, I began to observe that actually the subjectivity is not personal; it has no name, it is not mine, it is not a monk, it is not an American, (even though I’m British now). This sense of the personality is conditioned and therefore it is dead. That is why it gets kind of boring after a while being a person; you are really just caught in a lot of habits that operate habitually. As you awaken, in awareness, mindfulness, you begin to realise the truth that this personality is conditioned; you begin to no longer believe in it or be limited by those personal habits and personal identities. You begin to see how you bind yourself to all kinds of really painful things just because you don’t know how you limit yourself to mediocrity, misery or very unpleasant things as a result of lack of understanding. This awakened-ness is like a light that brings into consciousness the fact that this personality is merely shadow play, it’s a show, it isn’t reality, and so we can let go of our attachment to it. Then there is something you can trust in because on a personal level you feel you cannot trust yourself or you limit yourself to thinking of yourself as unenlightened, ‘I’m unenlightened. I’m an angry person. I’ve made too many mistakes in my life,’ and you hold onto these identities to the point of binding yourself to living within those painful limits. That is why the Buddha called it liberation, enlighten; it is actually freeing yourself from the conditions you attach to. 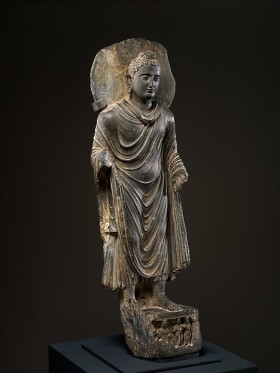 That awareness, that light, is universal; it isn’t like my personal property. That’s why on an intuitive level we can resonate; many of you can intuitively understand what I’m saying. Maybe intellectually you are bewildered, but something in you knows it’s the truth, knows where I’m coming from, I mean, not what I’m saying. What I’m saying is within the limits of language. But this sense of awareness, what the Buddha was pointing to, the sense of enlightenment or awakened-ness, intuitively I know that is the truth. It isn’t because I’m culturally conditioned to have a view about the truth being mindfulness because I’m culturally conditioned in another way, a very different way.

Then you begin to see that differences are on the conditioned level. That is what we give our attention to, how different we are, separateness, the seeming separateness that we believe is reality. As I began to trust more this awareness, separateness wasn’t the important thing any more—it’s the way it is seen, but it isn’t the ultimate reality.

The above is from a talk given by him on 31 July 2001 at the Leicester Buddhist Summer School. Ajahn Sumedho was the abbot of Amaravati Buddhist Monastery, England.

His books include Teachings of a Buddhist Monk, and
Don’t Take Your Life Personally.