Unless roots of spiritual conviction have been put down,
the whole structure is hollow and falls to pieces. 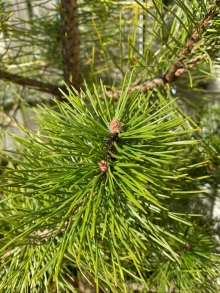 When there is a grove of trees growing closely together, their branches can get interlaced, so that they seem to support one another. Because they are so close, their individual roots are often very shallow, but the whole thing looks like a stable structure, a sort of table with many legs. But when a big storm comes, it all collapses, because there are no deep roots anywhere.

A society or group, says a Zen master, can be like this. The various elements support each other by a system of conventions accepted by all, for no other reason than that they have always been accepted.

There may be no deep roots of conviction anywhere, but people act as if they had conviction. After all, the others seem to believe. Such a society can look very stable. It is, however, no longer creative, and it too collapses in a big crisis.

In somewhat the same way, he adds, an individual personality can apparently hold together firmly, but merely because the parts support each other. This lasts only so long as times are good. Unless roots of spiritual conviction have been put down, the whole structure is brittle and hollow and falls to pieces in a storm.