The First Truth, by Ajahn Sumedho

The significance of the Buddhist teaching lies in the fact that it isn’t doctrinal. It’s not an attempt to tell us how things should be, it’s more a way of bringing our attention to the way things are.

Most of us are educated to think in terms of how things should be, and we often don’t understand why life is the way it is. So it surprises us, shocks us, upsets us. We become overwhelmed, even with good fortune, not to mention bad. The Buddhist teachings are guides that help us to look at the experience of being alive.

I think modern materialism is the attempt of humanity to create a world as it should be—a world that’s secure, happy, beautiful and comfortable. But even when we have a certain amount of success—as we have in countries like Australia, for example—still somehow it’s not really what it should be, is it? Even if we could have every wish fulfilled, every dream come true, there would still be some element missing. All the shoulds and shouldn’ts, all the ideas about how things should be—that is a function of our minds. And if we attach to those ideas, then of course we are going to suffer. Life is never going to be as it should be on a permanent basis. It can only be the way it is. The sensory world is ephemeral, evanescent, impermanent. There is no substance or essence to sensory experience. It is merely change, impermanence. And when we want it to be something it cannot be, then of course that’s what we call suffering—we suffer from the delusion that it should be something that it can never be.

We can see how idealistic we sometimes are. When we are young, we may long to meet the right person, have the perfect relationship, the perfect marriage, where things are as they should be. We can spend a good part of our lives looking, hoping, expecting, demanding, contriving, in every possible way, to meet the right person, or to make someone we know into what we think he or she should be. No one has ever been successful at this. Reflecting on the way things are is what the Buddhist teaching is all about. It’s a way of beginning to look at that which we generally ignore, such as suffering. We can react to suffering by either indulging in it or suppressing it. But to really look at suffering takes a different attitude.

The natural way, being sensitive, is to just react. If something is beautiful, we grasp it. If it’s ugly, we reject it. This is the pleasure/pain principle of just reacting to sensory stimulation. What we are involved in during a lifetime as a human being is sensitivity, or sensory consciousness. And all this means is that from the time the body is born to the time it dies, we are going to be subjected to all kinds of impingements that we have little ability to control. We don’t have that much control over how pleasant it’s going to be. When we have sight, we are going to see both the beautiful and the ugly. Our ears are going to hear both melodious sounds and cacophonous noises. We are going to taste pleasant and unpleasant flavours, smell pleasant and unpleasant odours. The body is going to feel pleasure and pain, heat and cold. And our minds are able to think and remember. We have powerful memories, don’t we?

We especially remember anything unpleasant that has either happened to us, or that we have done. All this is a way of saying how sensitive it is to be born as a human form and having to live a lifetime, for however long that might be.

We have to bear with whatever happens whether it should be that way or not. Since we aren’t the creators, we can’t create a world that is only pleasurable, beautiful, and fulfilling. We have to accept its opposite—the pain, the criticism, the blame, the illness, the ageing process of the body, separation from loved ones, having to be with the unloved, and so forth. 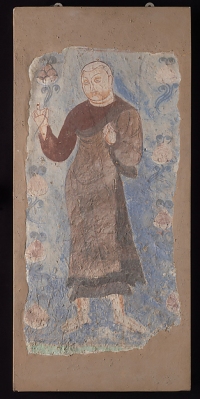 Suffering is the First Noble Truth. The Buddha used this Noble Truth as a way of awakening human beings to this experience we all have. Whether we are awakened to it or not, we still have it. Whether we are the most fortunate gifted person in the world, or the most wretched, we still suffer. The Queen of England suffers! The wretched beggar suffers! Men and women, rich and poor, European, Asian, African—the common experience to all humanity is suffering.

Now suffering is to be understood. This is the First Noble Truth. And to understand something means we have to accept it rather than reject it. Rejecting suffering is, of course, what we like to do—get rid of it as quickly as possible. Any pain, any depressing feeling, any failure, any unpleasantness, any ugliness—we just like to get rid of it immediately. Life in a modern materialistic country provides us with very immediate escapes from unpleasantness, doesn’t it? We can always distract ourselves with pleasant things—televisions, automobiles, computers. Technology can provide endless, interesting, and pleasing distractions. But be distracted from what? What are we trying to get away from? From boredom, despair, fear, anxiety, and worry.

When I first practised meditation, I didn’t have a teacher. I thought I’d just sit for ten minutes and not think. I remember sitting in my apartment trying to do it. And it was utter hell! The more I decided I wouldn’t think, the more frantic my thoughts became—the restlessness, the boredom. Ten minutes was an eternity—eternal hell! I experienced eternal hell the first ten minutes I meditated.

Fear haunts humanity, doesn’t it? There is fear and anxiety because there is a lot to be frightened of, actually. I’m not talking about personal neurosis. The actual human experience involves being very vulnerable. We have very vulnerable bodies that can be damaged. Wild animals can attack such vulnerable bodies at any time. We don’t have to worry about that now. Yet in modern cities the rebirth of wild tigers and bears seems to be taking place in the human form. What were once called civilised cities—safe and secure—have now become like the jungle—cities like London and New York (I don’t know about Australia). Some of the beings in those places are much more ferocious than bears and tigers. So there is a lot to fear—just instinctual fear for self-preservation. It’s very natural to fear when you realise your life is in danger.

We have a retentive memory. And because we can remember, we can also project any situation into the future, any possibility for pain. This is because we have this intelligent mind with the ability to create ideas, to remember and to believe in the concepts that we create in the mind. So then we have anxiety. Anxiety is a mental state that gnaws away at us—the ever-present possibility for failure, the ever-present possibility for rejection, for being criticised, for being unwanted, being hurt or damaged. This is possible at any time. We recognise this. We can dwell in a continuous state of anxiety about possible pain and suffering which we aren’t actually experiencing in the present. That comes from remembering what we’ve done in the past, what others have done to us in the past, and what we’ve heard.

What are newspapers and magazines about? About romance, unrequited love, tragedy, scandal, corruption, brutality, rape and murder. Violence in all its forms are popular subjects for selling newspapers and magazines. Try to sell a magazine about a Buddhist monk meditating! Nothing to write about. Some of the things that go through our minds might be pretty spicy at times, but as the years go by, these fade out. There is nothing much really, nothing entertaining, nothing that would sell a newspaper. But bad Buddhist monks, corrupt Buddhist monks—they make the news. Kindness, goodness, the positive side of life somehow isn’t as exciting as corruption, scandal, and violence. These things are very stimulating. When they make movies, it has to be about violent war or sex. Things that completely absorb and hold our attention are often equated with things like sex, violence, danger, adventure, all this. The tendency then is to constantly seek that which excites the senses.

Our life can be just a series of experiences on the sensory plane. That can be a lot of fun for a while, especially when we are young. But as we get older, even that becomes boring. Nothing is more boring than continuous excitement. One gets weary of being excited and stimulated. So there is a desire to not be stimulated. You find people who spend their time sleeping for hours every day, or getting drunk, taking drugs, knocking themselves out with sleeping pills and tranquillisers, just so as not to have to put forth any energy, not to have to be stimulated or sensitive at all.

If we just react to life and don’t understand it, if we think life should be otherwise, then we suffer. We take it all very personally—life is terrible! We find it depressing. We feel contempt for ourselves, and have anger and bitterness towards others. And all this is a totally negative creation of the mind; it is a projection onto the world of an ignorant human being.

[Ajahn Sumedho is a bhikkhu of the Theravada tradition. He was Abbot of Amaravati Buddhist Monastery, England, and his books include Don’t Take Your Life Personally and Teachings of a Buddhist Monk.

The above article is from a talk given in Australia in March 1987.]